Union Home Minister Shri Amit Shah today inaugurated and laid foundation stone of several development projects in Guwahati. Shri Amit Shah offered prayers at the Maa Kamakhya Devi Temple in Guwahati and prayed for the progress and prosperity of the country. The Union Home Minister inaugurated the Radio Therapy Block and the new LINAC machine at the State Cancer Institute located at the Guwahati Medical College and Hospital (GMCH). In another programme organized at the Shankardev Kalakshetra, Shri Amit Shah inaugurated various development schemes. Home Minister presented cheques of one lakh rupees each to the families of those who died of Covid -19. Besides, Shri Amit Shah also laid the foundation stone of Tamulpur Medical College, which had been announced during the Bodo Peace Accord. The Chief Minister of Assam, Shri HimantaBiswaSarma, Speaker of the Assam Legislative Assembly, Ministers of the Government of Assam, Chief Executive Officer of the Bodoland Territorial Region (BTR) and senior officials of the State Government were also present in the programme. 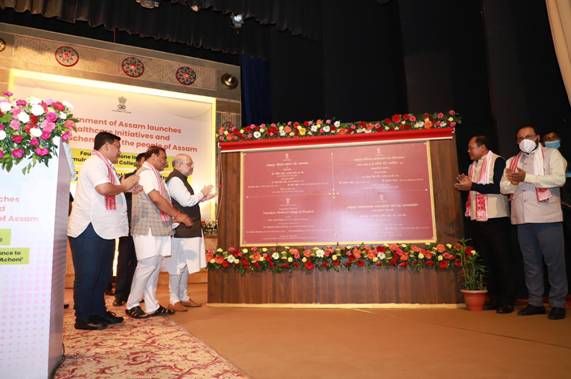 Shri Amit Shah in his address said that with the formation of our government in Assam for the second time on its own strength, it became clear that the people of Assam have made up their mind to give up agitation, weapons and terrorism and go forward on the path of development. Shri Shah said that there would hardly be any other state which would have seen different types of bloody agitations running for so long and even after thousands of people were martyred, nothing was achieved. Shri Amit Shah said that the path of development of Shri Narendra Modi is benefiting Assam and the people of Assam have approved the path of development by giving an absolute mandate for the second time. Shri Shah said that the different types of dialects, culture, languages, songs and music and variety of cuisines of the entire North-East are not only a jewel of the North-East but of India as well. 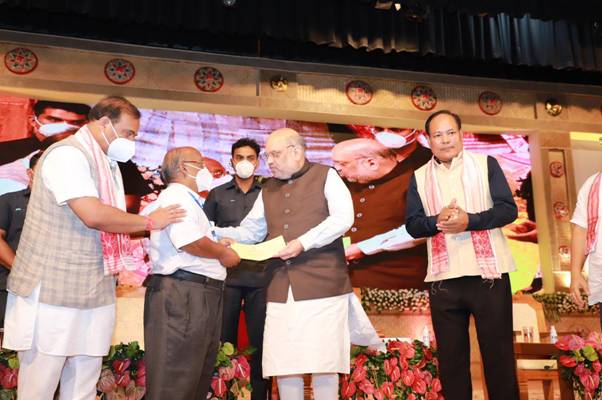 Shri Amit Shah said that under the leadership of Shri Narendra Modi, 21 medical colleges are being set up in the state by the Government of Assam, which is a big achievement when compared to the population ratio in other states of the country. Shri Shah said that the entire North-East would be benefited with the establishment of a cancer hospital in Assam. The cancer research papers prepared by the students here will be referred across the country and abroad. Shri Shah said that ,Tamulpur Medical College is being set up for the benefit of the people. No one made a demand for this medical college, infact it is under the leadership of Shri Narendra Modi that Government of India took the initiative to establish this college. Shri Shah said that the entire agreement signed with Bodoland will be implemented before 2024 and all the promises made with Bodoland will be fulfilled by the 75thyear of Independence. He said that Several agreements reached by the previous governments were lying in closed boxes, on which the dust had settled, during the tenure of Shri Narendra Modi, the agreement with Bodoland was reached and it has been implemented up to 90 percent. Under the Bru-Reang agreement, the work of giving land in 9 out of 14 places has been completed and before 2022, more than 35,000 Bru families will get landfor the first time after 35 years, food grains, ₹ 4,500 pension and also honour. 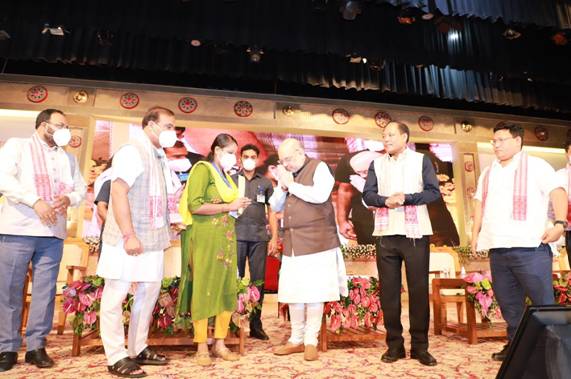 Shri Amit Shah said that in the coming times, the work related to Karbi Accord and laying down of arms by two groups of Tripura is being completed and before 2024, not only Assam but the entire North-East will move away from terrorism and agitation and walk on the path of development.

Shri Amit Shah said that a lot of infrastructure works are going on in Assam, which needs to be accelerated more rapidly. Referring to several ongoing projects for health, Shri Shah said that 15 PSCs have been started inside tea gardens. Shri Shah said that the Prime Minister has set the narrative that for development, cooperation and hard work is needed, and not agitation, the people of Assam have realised it.

Centre for Land Warfare Studies (CLAWS), an independent New Delhi based think tank, is conducting a two-day Seminar on the...